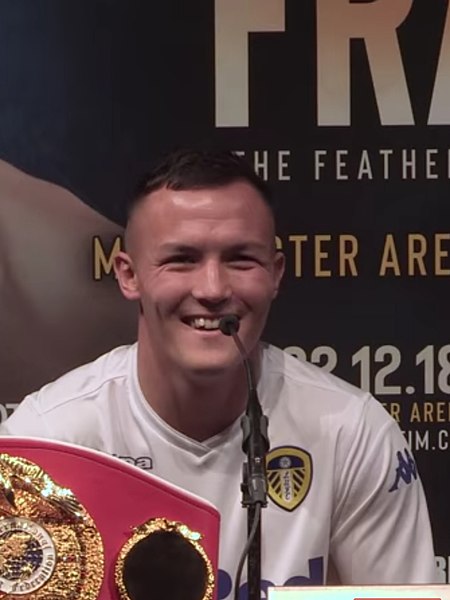 On Saturday night the British boxing world was excited for the return of the Leeds warrior Josh Warrington. Unfortunately it was not the return we all expected. So in this post I will be looking at where it all went wrong for Josh Warrington and where does he go from here?

After a night that was packed with both action and controversy Josh Warrington took to the ring for the first time in 16 months against Mexican Mauricio Lara. This fight was seen by many including me and this is meant with no disrespect to Lara as a fight for Josh to shake off the ring rust and to look good against.

How Did It Go Wrong?

As you can see he was out of sorts from the opening bell Josh Warrington is normally a come forward aggressive fighter but it looks like he was concentrating too much on putting on a boxing master class which drew him into Lara’s type of fight.

Was He Just Ring Rusty?

Ring rust can be a big problem for a fighter especially when they’ve had a long layoff like Warrington has had before Saturday he hadn’t thrown a punch in anger in over 16 months, and that was a world title fight against Sofiane Takoucht back in October 2019. I’m sure he trained hard for this fight sparring hundreds of rounds but there is no substitute for a real fight. With COVID we don’t know how good his sparring partners where.

Did having no crowd affect him?

Josh has always been one of those fighters that feed off the energy from the crowd and it seems to drive him on. So for him like every fighter the atmosphere on Saturday was very different, he didn’t have the crowd to push him on when he got into trouble or just jee him up for the fight.

Did he overlook Lara?

Given the fact that this fight was meant to be a keep busy fight for him and his welcome back to Matchroom there is a danger that he could have overlooked Lara, because although Lara had a good record on paper he shouldn’t have been in Warrington’s league so he may have been looking past Lara to the bigger fights in the future.

At this point I want to make it clear that I am not making excuses for his performance at the end of the day he’s a professional fighter and former world champion, these are just a few ideas of what could have gone wrong on Saturday night

Where Does He Go From Here?

One loss shouldn’t define a fighters career it’s all about how they comeback from it, and sometimes losing their undefeated record can do a fighter the world of good because they know now that they are not invincible. In Josh’s case he still has a number of options admittedly it is likely that he is going to need another long layoff if reports about him fracturing his jaw and a shoulder injury are true. He could still probably get straight back into the world title picture because despite the loss he is still highly ranked with all the governing bodies. However I don’t think he will want to do that I think he will want the rematch with Lara. No I haven’t completely lost the plot, I think both men will want the rematch. I think Warrington will want to prove to everyone and himself that Saturday was just a bad night at the office, and I think Lara will want it to prove that yes he is that good and Saturday was no fluke.

As always I love to hear what you guys think how did go wrong for Josh Warrington?

One thought on “How did it go so wrong for Josh Warrington?”