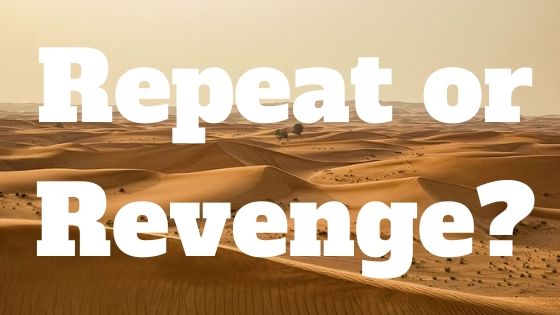 We are now less than 3 days away from the rematch that the world wants to see RuizJoshua2. However the question on everyone’s lips is will it be repeat or revenge?

Before we can try and answer that we must first look at their first fight, Joshua came into the fight as a massive favourite as Ruiz took the fight at 5 weeks’ notice, after Jarrell Miller was force to pull out after failing a drugs test. In the build up to the fight both men were very respectful while of course saying all the wright things, as both men were predicting a win however the bookies had Joshua as a big favourite. Then at the final press conference Joshua did something very unusual he gave his belts to Ruiz to hold and pose with them.

On fight night in front of a packed out Madison Square Garden both men made their ring walks Ruiz walked to the ring full of confidence, and he seemed to be loving the atmosphere. However when Joshua made his ring walk he just didn’t look wright he looked a bit like a rabbit in the headlights. Even during the introductions Ruiz looked like a man ready to fight and Joshua looked disinterested and like he didn’t want to be there.

At the start of the fight Joshua came out looking to work off his jab but unusually Joshua was boxing off the back foot it was all most like he couldn’t figure Ruiz out. These tactics continued in the second round, although Joshua won the first two rounds he just wasn’t busy enough. At the start of the third round Joshua landed a lovely combination which put Ruiz on the canvas, and everyone in the arena fought that was it the beginning of the end. Ruiz beat the count and Joshua went looking for the finish but as he moved in and started to land bigger shots Ruiz caught him with a shot on the head, which seemed to scramble his brain then a couple of shots later Joshua was on the canvas it was a much heavier knock down then Ruiz’s Joshua beat the count but his legs had gone. All he had to do to make it through the round would have been to tie Ruiz up but he tried to fight back and he was sent to the canvas again at the end of the round, he beat the count again and staggered back to his corner. From that point on Ruiz was in charge of the fight as he knew he could hurt Joshua and he knew he could take Joshua’s power. In the corner in between rounds although Rob McCraken was giving him good advice he didn’t seem to be listening. Then in between rounds 6 and 7 Joshua said “Why do I feel like this?” He’s never explained what he meant by the comment I think he knew he was losing the fight and he was feeling the pace. Then in the 7th round Joshua was put down twice more and the referee had decided that he’d seen enough and waved the fight off. Making Andy Ruiz Jr the first ever Mexican world heavyweight champion.

What went wrong for Anthony Joshua?

Many people have an opinion on what went wrong but here’s mine:

He had a very long camp leading up to this fight and most of that was spent preparing for Jarrell Miller and when he had to pull out AJ would have still been in the gym ticking over then when Ruiz was announced he would have had to completely change the way he was training and get different sparring partners in. I know people will say that’s the life of a boxer, and it’s not the first time in his career he’s had to deal with a late change of opponent.

At the time of the first fight everyone was talking about a potential fight with Deontay Wilder for the undisputed world title, or an all British fight with Tyson Fury. So it is possible that he was looking past Ruiz. It is also possible that he started to believe he’s own hype because everyone thought he would just walk through Ruiz maybe he started to think the same thing.

Some times when a fighter is a late replacement who everyone is saying he’s not in your league the fight can just become something you have to get through and you can treat it a bit like a sparring session, but when your opponent hasn’t read the scrip that’s when the fight can get difficult. AJ has said himself in interviews that he wasn’t up for the fight because he felt like he was fighting for nothing, which make sense when you think about it because he really had nothing to win and everything to lose.

I’m sure there are more things that went wrong that we will never know about I know it might sound like I’m trying to make excuses for Anthony Joshua’s performance, I’m not I’m just giving some possible reasons for his performance.

So what’s going to happen on Saturday to be honest I don’t think anyone knows one thing’s for sure it should be a completely different fight.

If Joshua wants to win this fight he needs to put in a much better performance than he did in the first fight. He needs to be the Joshua of the last five years, on the front foot keeping Ruiz at range with his jab then the big combinations. If he does that I can’t see the fight going into the second half, if he doesn’t and he just looks for that one big shot he could be in trouble.

I think in this rematch we are going to see a completely different AJ because he’s going to want to prove that the first fight was just a bad night at the office. He’s also fighting for something not only the world title, but his boxing future because if he loses this fight it’s difficult to see where he goes from here.

Andy Ruiz is coming into this fight full of confidence because he knows he can hurt Joshua as his done it once and that was on only five weeks notice. I can see him using similar tactics as the first fight, I think he might look to keep low making himself a smaller target to hit. I think he could also look to use his movement to get on the inside and negate Joshua’s jab and try and lands shots to the body.

Although he’s champion all the pressure is still on Joshua but I can see him coming out trying to end the fight quicker than last time to prove to the world that the first fight wasn’t just a fluke.

Whatever happens one thing’s for sure this has all the ingredients to be a great fight because we’ve got a former champion looking to win his titles back, and avenge the only loss on his record, and a champion who wants to prove that he belongs at this level.

As always I love to hear what you guys think RuizJoshua2 will it be repeat or revenge? Please comment below and let me know your thoughts.

2 thoughts on “RuizJoshua2: Repeat or Revenge?”