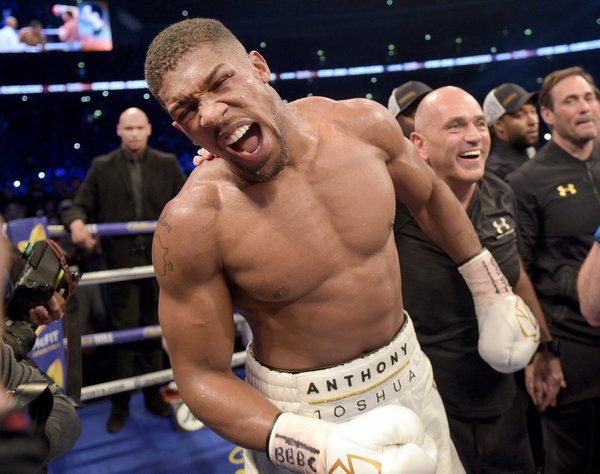 With an announcement expected by promoter Eddie Hearn this week about Anthony Joshua’s next opponent everybody what’s to know who it’s going to be, so in this post I’ll be looking at the top contenders.

The 13th April has been in every boxing fans diary for a while and rumours have been running riot about his next opponent ever since he knocked out Alexander Povetkin back in September last year. With the fight less than 3 months away I think we all know who’s on the short list, with the likes of Deontay Wilder, Tyson Fury, Dillian Whyte and Jarrell Miller all been mentioned. There’s no question that any of those fighters would make a great fight with Anthony Joshua but who’s it going to be.

I think at the top of all boxing fans wish lists is a fight between Joshua and Wilder for the undisputed world championship. I have to admit I am one of them, however at least for this fight I think a fight with Wilder is unlikely for one main reason the WBC has ordered a rematch between Deontay Wilder and Tyson Fury, so if Wilder takes the fight with Joshua he runs the risk of been stripped of the world title.

After that stunning fight with Deontay Wilder Tyson Fury has put himself right back into the world title picture. Unfortunately this fight also looks unlikely as the two teams could not come to an agreement, as Tyson Fury wanted a 50-50 purse split and the best Eddie Hearn offered was a 60-40 split in Joshua’s favour. The irony is that he is taking a 60-40 split in Wilder’s favour to make their rematch happen.

In 2015 Dillian Whyte took on Anthony Joshua in a spectacular fight, since that fight both men have only improved as fighters. After Whyte’s last fight Joshua publicly offered him the rematch if he couldn’t get Wilder, but once again it seems despite the fact that both men are promoted by Eddie Hearn it seems like they can not come to an agreement. So much so that it has been reported that Whyte has begun negotiations with Dominic Breazeale. However Whyte has another problem he is currently a free agent as he has not renewed his contract with Matchroom and it is looking increasingly unlikely that he will. Instead it looks like he’s going to sign with Frank Warren or Showtime boxing and if that happens the fight may be harder to make

Jarrell Miller is also on most people short list as he has been calling out Joshua on social media for a while, and to be honest I think Joshua wants to shut him up. However according to some reports Miller won’t be ready for the April date, a number of reports are suggesting that the pair could meet in June at Madison Square Garden in New York. If those reports are true will that put the April date in jeopardy. Due to the fact it is unlikely that Joshua is going to be ready to fight again in June if he fights in April.

I know this is one of those blog post that has more questions than answers, but until the announcement is made it’s all speculation. With that in mind I love to hear what you think comment below and let me know who you would like to see Anthony Joshua fight next.

One thought on “Who Will Anthony Joshua Next Opponent Be?”