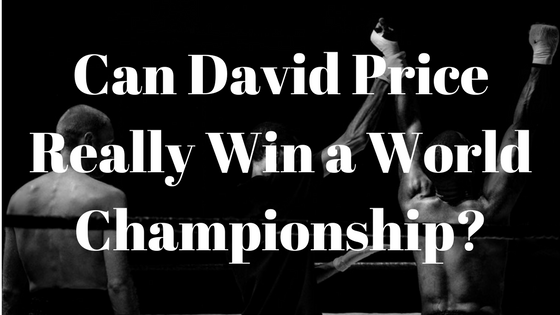 David Price burst on to the professional scene in 2009 after having an outstanding amateur career, and everybody thought he was going to be the next big thing. However his career hasn’t exactly gone to plan. So in this post I will be looking at whether he can still become a world champion.

He got off to a great start that saw him win his first 15 fights with 13 knockouts and capturing both the British and Commonwealth titles along the way. It looked inevitable that within the next 18 months 2 years he would be challenging for the world title. However all that came to a screeching halt when he took on American Tony Thompson a fight he was expected to win but instead he was knocked out in the 2nd round

Although it was seen as a big loss most people just put it down to him having a bad night and an immediate rematch was made, but unfortunately the same thing happened but this time in the 5th round.

After the second loss to Thompson many people thought it was the end of his career but he had other ideas. He continued to box on and went on a run of 4 straight wins and it looked like his career was back on track he was moving up the rankings and in 2015 he challenged for the European title but yet again he was knocked out.

Once again people were questioning his chin and his hart. He came back again on the undercard of Bellew V Makabu at Goodison Park on the 26th May 2016. He won back to back fights before he decided to step up again and challenge for the WBO European title but once again he was knocked out.

He made his most recent come back this past Saturday with a points win over Kamil Sokolowski, and he still believes he’s got what it takes to be a world champion. However against an opponent of that calibre he should be knocking them out. If he wants to be taken seriously and be seen as a threat in the heavyweight division.

I started this post by asking can he win a world championship, and on paper at least he’s got all the attributes to do so apart from one he can’t take a shot he’s got a glass jaw and when he is hurt in fights he seems to give up. So can he win a world title in my opinion no he can’t there’s no way he can stand up to the punching power of someone like a Joshua or Wilder. Now don’t get me wrong I’m a fan of his and I like his style of fighting it just seems like he’s found his level. I know that sounds harsh but look at his record every time he takes a step up in opposition he gets knocked out. He might be able to make a run at the British or Commonwealth but I think a world title is out of the question, but that doesn’t mean he’s a bad boxer there are a number of boxers who have had successful careers without winning a world title. However I also believe that if he loses again he should hang up the gloves.

I’m sure that his future will all become clear after his next few fights. I know there are rumours flying around about a possible fight between him and Tyson Fury but then again half the heavyweights in the world are been linked with Fury so we will have to wait and see. Maybe a rematch between him and Sam Sexton would be a good fight but who knows. One thing is for sure 2018 is going to be a make or break year for him. Please comment below and let me know what you think.

One thought on “Can David Price Really Win a World Championship?”