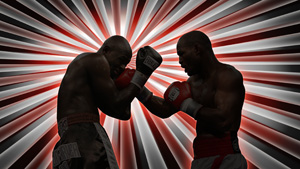 In the past you’ve seen me do blogs on the roles of a number of different people within boxing including promoters, referees and judges. This week I’m going to be looking at the role of a matchmaker.

In basic terms it is the matchmaker’s responsibility to set up every fight we watch they often do this alongside the promoter of the show. Sometimes the promoter alone will make the fights. Now at this point I bet I know what your thinking I already knew that but how do they do it. Well before making any fight he will look at the record of the boxer he’s trying to match and then he will look for another fighter who he thinks will give him a good fight. After all a big part of this job is to make sure the fans see an entertaining fight and they get value for money.

So on paper at least it seems like a very easy job but I believe it is the toughest job in boxing apart from been a fighter because they have to made the right matches at the right time, and although they try and keep the fans happy it is important to remember that he works for the promoters and fighters not the fans. So he could come up with a real good fight that he knows the fans would love to see but it won’t happen because it doesn’t serve the promoters interests.

I hope this has helped you understand the role of a matchmaker. Please comment below and let me know your thoughts.

3 thoughts on “Role Of A Matchmaker”