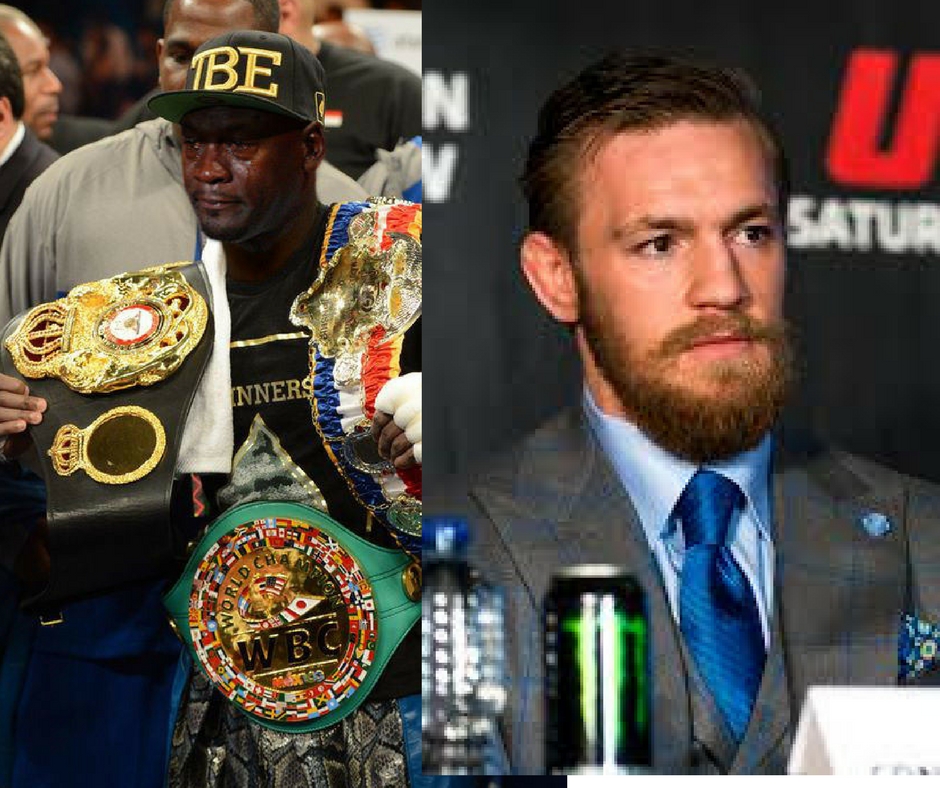 This week it has been widely reported that the deal has been finalised for the fight between Floyd Mayweather and Conor McGregor.  It looks like it will take place on the 10th June in Las Vargas but is it disrespectful to boxing?

I have heard and read a number of people within boxing including Oscar Del La Hoya calling the fight a joke and that boxers should stick to the ring and MMA fighters should stay in the Octagon.  However it seems like Oscar maybe having some memory problems because in January 2016 The Ring Magazine that he owns had Ronda Rousey on the cover.  In case you don’t know Ronda Rousey is a UFC fighter who it was thought was going to turn over to boxing until she lost to Holly Holm.  Holly Holm was the first person in history to win world titles in boxing and in the UFC, so it seems a bit hypocritical for him to say that a boxer cannot be successful in the UFC when Holly Holm has proved it can be done.

As long as the Mayweather McGregor fight is not an officially sanctioned fight although to be honest I can’t think of a sanctioning body that would sanction the fight. So they make it an exhibition or a special event then I think it’s a good idea. As it may get boxing fans interested in  the UFC and vice verse.  Plus I don’t know about you but I’ve also wanted to know who would win in a fight the boxer or MMA fighter under boxing rules, we’ve seen boxers turn over to the UFC so it would be interesting to see if a UFC fighter could make the transition to boxing. Another good thing that could come out of this is we could see some new techniques that we wouldn’t normally see in a boxing ring. For example we know boxers know how to clinch and hold but UFC fighters know how to grapple so we could see some new moves that are still legal under boxing rules which could make the fight very interesting on the inside.

So in my opinion I don’t thing boxing V The UFC is disrespectful to boxing or the UFC it’s a cross over fight and surely that can only be a good thing for both sports. This is one of those subjects were everyone is going to have their own thoughts and opinions, so comment below because I would love to hear what you think.

One thought on “Is Mayweather v McGregor Disrespectful To Boxing?”