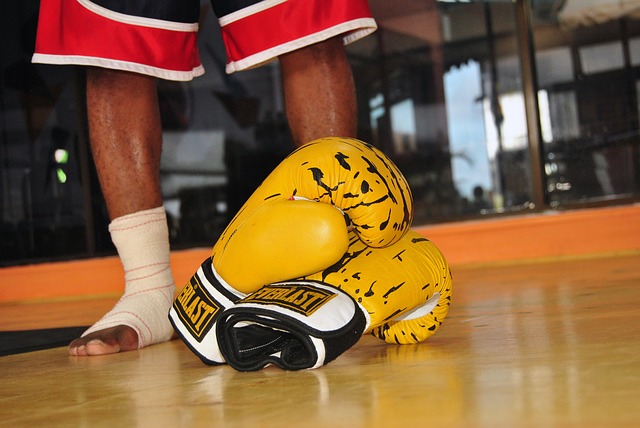 As boxing fans we all love a comeback story, and after watching Bleed for this I thought I might look at some of the best comebacks in boxing.

After been released from prison having served 3 years for rape Tyson made his ring return in 1995, against Peter McNeeley Tyson won the fight after McNeeley was disqualified in the 1st round. He then went on to fight Buster Mathis. Then in 1996 he fought Frank Bruno for the world title he beat Bruno with a 3rd round Knockout to regain the world title. He made 1 successful defence against Bruce Seldon. He then faced Evander Holyfield in the first of their two meetings. In their first fight Holyfield knocked him out in the 11th round. In the rematch he was disqualified in the 3rd round after he bit Holyfield’s ear. Although he continued fighting he would never win another world title.

In December 2014 Anthony Crolla tried to be a hero when his neighbours house was broken in to. However he was brutally attacked leaving him with a broken ankle and serious head injuries. Many people thought that the attack would be the end of his boxing career. Crolla had other ideas and in November 2015 he return to the ring and knocked out Darleys Prez in the 5th round of their rematch to become the new world champion.

After retiring from boxing 10 years earlier George Foreman returned to the ring in 1987 and put together a run of 24 straight victories, admittedly most of his wins where against journeyman but his incredible form let to a world title shot against Evander Holyfield in 1991 despite losing to Holyfield by unanimous decision Foreman continued to fight. In 1994 he took on Michael Moorer for the WBA and IBF titles he knocked out Moorer in the 10th round to become world champion at the age of 45. However his title rain was short lived because he was stripped of the title within a year for refusing to defend it.  He retired again in 1997 and to this day he is still the oldest man to hold the heavyweight title.

McGuigan made his comeback in 1988 beating a number of highly ranked fighters including world title challengers Nicky Perez, Francisco Tomas Da Cruz and Julio Cesar. However this comeback did not have a Fairy tale ending as Jim McDonnell sent him back into retirement after stopping him in the fourth round of their fight after McGuigan suffered a bad cut on his eye.

In 1982 Leonard was diagnosed with a detached retina and retired from boxing, he came back in 1987 after having surgery on both eyes to repair the damage. At the time his comeback was criticised by a lot of people within the sport who thought he was just looking for a payday he had one fight and then took on Marvin Hagler a fight that ended with Leonard winning a narrow points decision, a decision that is still been talked about today. After the fight Hagler retired but Leonard continued to box retiring twice more along the way before retiring for good at the age of 40 in 1997.

After losing a title fight in 1952 Robinson decided to walk away from boxing and try to make a career in show business as a tap dancer yes you did read that right a tap dancer. However after realising that show business was not as lucrative as boxing he returned to the ring in 1955 winning the world title in his first year back. He lost the title two years later and went on to have a string of wins and losses.

He has made a number of comebacks over the years. In 2003 it looked to be the end of the road for him when James Toney knocked him out in the 9th round at the age of 42. In 2004 after his 3rd straight defeat he was banned from boxing but to this day he maintains that his bad form was due to an injury and not his age. In 2006 he came back to the ring and beat Jeremy Bates with a 2nd round knockout, he then won 3 straight fights and earned a world title shot against Sultan Ibragimov which he lost by unanimous decision. He then went on to fight Nikolai Valuev a fight that he also lost this time by a split decision. In spite  of losing 2 straight fights both for world titles he continued to fight 18 months later he got another shot at a version  of the world title this time against Frans Botha he won this fight and the title with an 8th round knockout. He finally called it a day   officially in 2014 after not boxing for more than 3 years.

One of the most popular fighters to ever step into the ring Oscar De La Hoya called time on his career in 2004, but after a bitter war of words with Ricardo Mayorga De La Hoya decided to step back into the ring in 2006. At the time many people questioned his decision after been out of the ring for two years, on fight night however De La Hoya proved all the doubters wrong when he sent Mayorga to the canvas within a minute of the fight before stopping him in the 6th.  He then went on to fight Floyd Mayweather  however he lost a tight split decision. At this point many people thought we’d seen the last of De La Hoya in the ring, but a unanimous decision win against Steve Forbes set up a super fight with Manny Pacquio unfortunately De La Hoya had to quit on his stool at the end of the 8th round. After the fight Golden Boy hung up the gloves for good.

After refusing to join the army and fight in the Vietnam war he was banned from boxing and stripped of his world title.  He made his comeback in 1970 and although he suffered his 1st loss as a professional to Joe Frazier in 1971. He went on to become the 1st boxer in history to win the heavyweight title 3 times.

After been the passenger in a head on car crash and suffering a broken neck  he was told by doctors that he may never walk again let a loan box. However just 13 months after his accident he was back in the ring with a comeback that culminated in him beating Roberto Duran with a unanimous decision to regain the world title.

So that’s my top 10 comebacks please comment below and let me know who would make your list.

One thought on “Top 10 boxing comebacks”