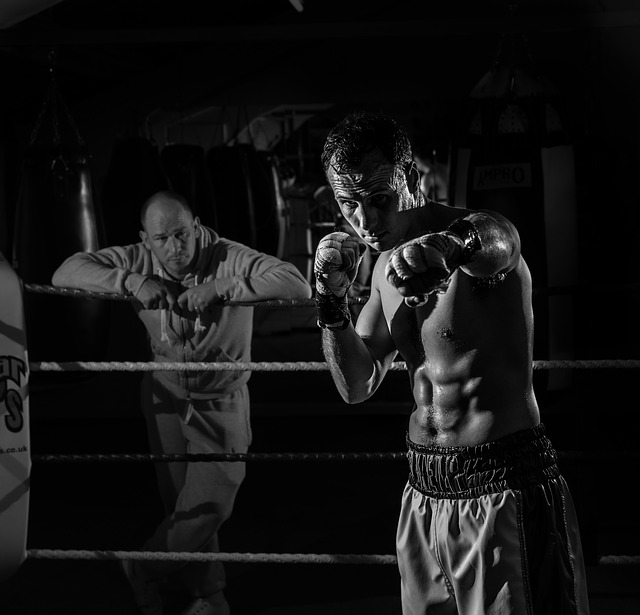 On Saturday night New York hosted a night of championship boxing. Here’s my review of the action.

A great fight ends in a draw there has to be a rematch.

The 1st round was very much a feeling out round both men just looking to find there range. Midd way through the round the punches started to flow, with 30 seconds left in the round Jack hit the canvas.  At the start  of the 2nd Jack looked to claim the centre of the ring but the better punches were still coming from DeGale.  In the 3rd the better punches and movement was still coming from DeGale.  However you could see Jack getting back into the fight.  The 4th started slowly neither man landing much at the start of  the round.  Jack was upping his work rate. In the 5th DeGale came out trying to land shots, however it looked to me like DeGale needs to up his work rate.

Going into the second half of the fight I had DeGale up by 3 but only because of the knock down. This is shaping up to be a good fight and not what I expected.  In the 6th round DeGale did land some good shots, but Jack was able to keep pushing DeGale back. At the end of the round it looked like Jack rocked DeGale.  In the 7th Jack looked to stay on the front foot and land shots,DeGale also had success but not enough of it. However toward the end of the round DeGale did land some painful looking shots.  At the start of the 8th Jack rocked DeGale again, DeGale is starting to look tired, it looked to me like DeGale is fighting the wrong sort of fight. In the 9th DeGale did land some good shots but still the better work was coming from Jack. So into the championship rounds we go who what’s it more!  In the 10th DeGale continued to land some good shots. This round is probably DeGales best round of the fight.  In the 11th Jack came out strong both men need a big finish, the better punches started to come from DeGale. Midd way through the round DeGale rocked Jack.

Going into the 12th round I had DeGale up by 2 but it could go either way. In the 12th disaster struck as DeGale hit the canvas that could cost him the fight. Jack started to look for the finish but DeGale made it to the bell.  At the end of the fight I had it a draw, and I’d love to see a rematch.

Gervonta Davis shocks the world with a stunning 7th round knockout to become the new world champion.

In the 1st round both men came out on the front foot and Davis had the better of it, landing some good shots on Pedraza. In the 2nd round Pedraza came out swinging but missing it looked like he couldn’t find his range.  Toward the end of the round it looked like Davis rocked Pedraza. In the 3rd Davis continued to land good shots it looked like Pedraza had no answer. However Davis has to be careful not to punch himself out.  At the start of the 4th Pedraza did land some good punches but then back came Davis. The better movement punches and boxing skill was coming from Davis, it didn’t look like Pedraza could hurt Davis. Pedraza started the 5th round well landing a number of combinations, however Davis ended the round well, however I could see Pedraza warming into the fight now.

Going into the second half of the fight I had Davis up by four and boxing beautifully. The 6th round started slower. Pedraza was landing some good shots, but then Davis turned on the style. Landing some heavy shots to head and body toward the end of the round Pedraza’s legs started to look wobbly.  In the 7th round Davis was working well off the jab, and then Davis started to unload to Pedraza’s head and body. Then with 30 seconds to go in the round Davis landed a big right hand Pedraza hit the canvas,he got back to his feet but didn’t know were he was so the referee had no choice but to stop the fight.

Also on the bill:

Immauwel Aleem knocked out his opponent in 6th round.

Comment below and let me know what you thought