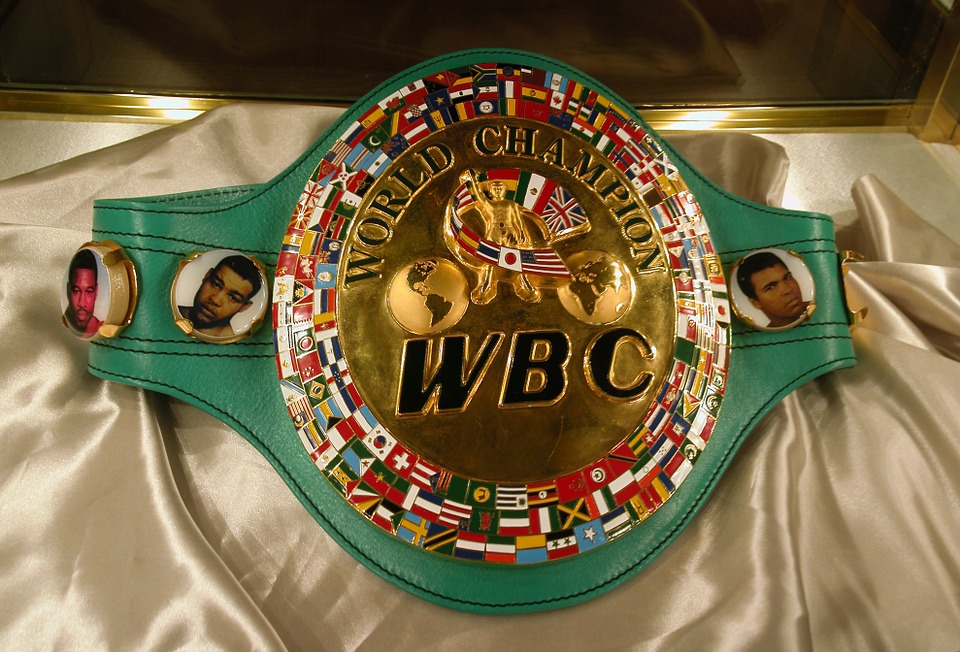 Moore was able to rebuild his career and in 2003 he had his first fight with Michael Jones Moore won a close fight on points, to win the British and Commonwealth titles. The pair went on to fight twice more a trilogy that Moore won 2 fights to 1.

Moore’s most famous fight and the one that most boxing fans remember is his fight with rival Matthew Macklin. This fight was a toe to toe war with both men giving everything they had, until Moore knocked out Macklin in the 10th round.

Matthew Macklin made his professional debut back in 2001 with a knockout win over Ram Singh. In 2003 he fought for his first title, however he was unsuccessful when he lost on points to Andrew Facey for the British title.

In 2011 Macklin took on Felix Sturm for the world title, after a close fight he lost a controversial split decision. In 2012 Macklin got another shot for the world title unfortunately he failed again as his corner pulled him out at the end of the 11th round. In 2013 Macklin got his 3rd and final  shot at a world title against Gennady Golovkin however he was overmatched and was knocked out in the 3rd round.

Spencer Oliver made his professional debut in 1995 against Des Gargano. In 1997 he won the British title against Patrick Mullings with a 10th round knockout. Also in 1997 he beat Martin Krastev with a 4th round knockout to win the European title. He then went on to make 3 successful defences. In May 1998 when he was making the 4th defence of his title against Sergey Devakov he hit the canvas in the 10th and couldn’t beat the count. After getting to his feet he collapsed again, he had a blood clot on his brain and despite making  a full recovery he never boxed again.

He ended his career with a record of 14-1 with 9 knockouts.

Michael Watson made his professional debut in 1984. He went on to win the British title he also had three shots at the world title, against Mike McCallum in 1990 which he lost with a 10th round knockout. He then went on to face Chris Eubank in the summer of 1991 unfortunately for him he lost a tight split decision. Due to the fact that the first fight was so close a rematch was ordered.  The fight took place in September 1991 Watson lost the fight after been knocked out in the 12th round. After the fight however Watson collapsed in the ring. His injuries left Watson severely disabled and he never fought again

Henry Cooper made his professional debut in 1954 with a first round knockout of Harry Painter.  He went on to become the first man in history to win the Lonsdale belt outright 3 times. He also won the British, Commonwealth and European titles.  However despite his achievements Cooper is probably better known for his two fights with Muhammad Ali in their first fight in 1963 Cooper floored Ali in the 4th round. The fight was stopped in the 5th with Cooper suffering an eye injury. 3 years later the pair met again Ali knocked Cooper out in the 6th round. Cooper continued his career for another 5 years, before losing to Joe Burgner in 1971.

Les Darcy made his professional debut in January 1910. He went on to win the Australian and Commonwealth titles in 1915. However he never had a shot at the world title, his achievements are made even more impressive when you consider he died before the age of 22 in 1917.

Bennie Briscoe made his professional debut in 1962 with a points win over Sam Samuels. Even though he had a successful career, with 3 shots at the world title he never won one.

Joe Choyski made his debut in November 1888 with a points win over George Bush. He went on to have a successful career and despite beating a number of highly rated opponents he never got a shot at the world title.

George Benton made his debut in 1949 with a 1st round victory over Chico Wade. He had a very successful career winning a number of minor titles. He continued to have success throughout his career but he never had a shot at the world title. If he was boxing today he would be a force in the middleweight division.

How Sam Langford never won or even fought for a world title is beyond me. He made his debut in April 1902 with a knockouts win over Jack McVicker. He had a very successful career and many people regard him as one of the best of all time.

So that’s my top 10 of fighters who never won a world title comment below and let me know what you think, and who would make your list.

One thought on “Best fighters to never win a world title”